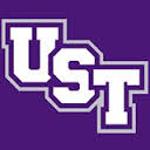 Finished 21-3 on his University of St. Thomas Tommie baseball career with 119 strikeouts in 106 innings and was voted to the American Baseball Coaches Association's All-America third team. Named National Pitcher of the Week in April 2008, and in the last 17 days of the season was 4-0 with 1.68 ERA with four consecutive complete-game victories. Chosen NCAA Midwest Region Pitcher of the Year in 2008 and conference Pitcher of the Year in 2007.  Contributed to 15 of a possible 16 MIAC team titles (regular season/playoffs) in baseball and basketball from 2005-2009.  3 year starter on basketball team