What to Expect and Tryout Details 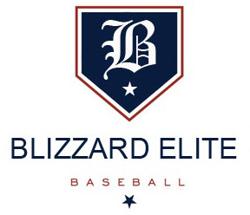 Age cut-off is April 30th (or whatever your age is on April 30th) For example, if you are 14 years old right now and your birthday is March 3rd, you are considered a 15u because you turn 15 before April 30th.

Our teams are mainly put together by graduation year which would include: 2024, 2025 and 2026 graduates for our HS age levels.  Our youth program will go by age level

Tryouts are a relatively long day so make sure you bring water and snack.  Please wear a full uniform including turf shoes (no spikes) and glove.  Each player will receive a hat at the tryout.  If you have your own bat, bring it otherwise we will have some there for you to borrow.

Players who cannot make tryouts or who have to leave early ...

If you are a player who cannot make a tryout, you should come to the next closest age group to be graded out.  Please email me at: abarta@minnesotabaseballacademy.com with your situation and I'll make it work.

Blizzard Tryout Format (*tryouts will be adjusted for indoor workouts)

Each player will receive between 7 – 10 pitches from a coach.

Scoring will be judged on mechanics including:

Each player will receive 5 – 8 ground balls hit at them, to their right and left

Scoring will be judged on mechanics including:

Each Player will receive 4 – 8 fly balls hit at them, to their right and left

Each player will receive 10 – 20 pitches

When players arrive, they must check in at the check-in tent and get their player # and get their picture taken.  Please arrive at least 45 minutes before tryouts.  All players will receive a Blizzard hat at tryouts.