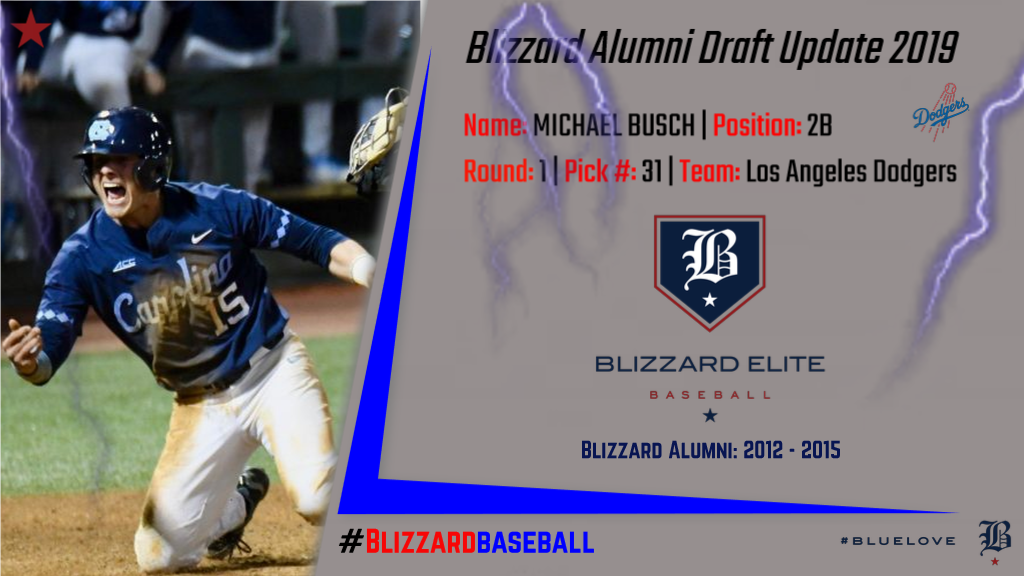 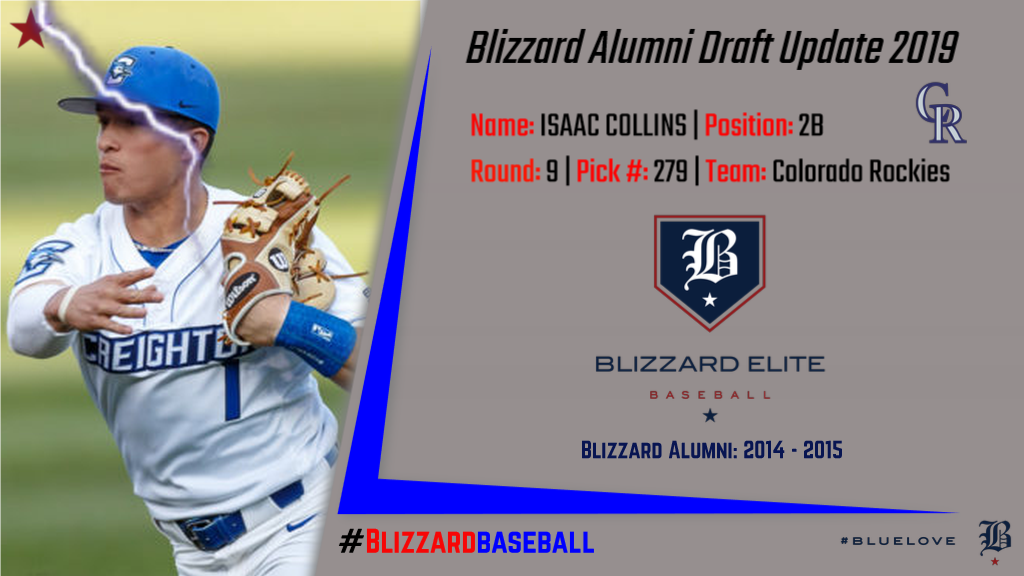 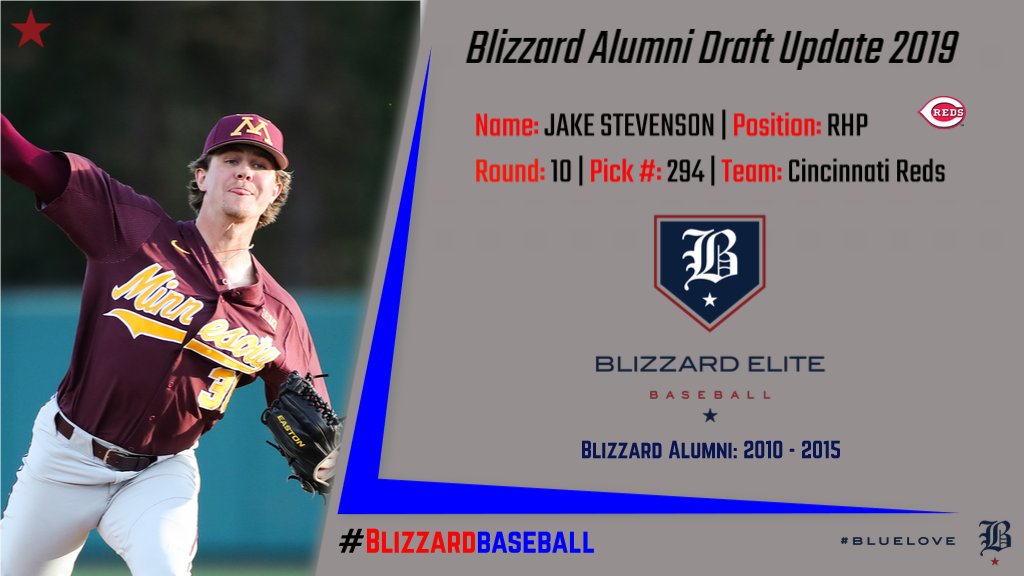 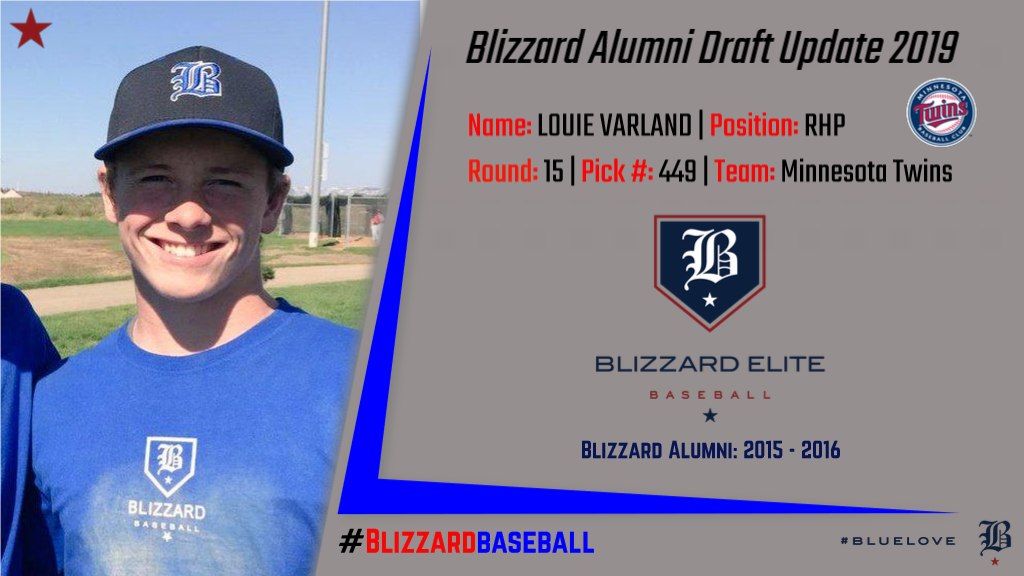 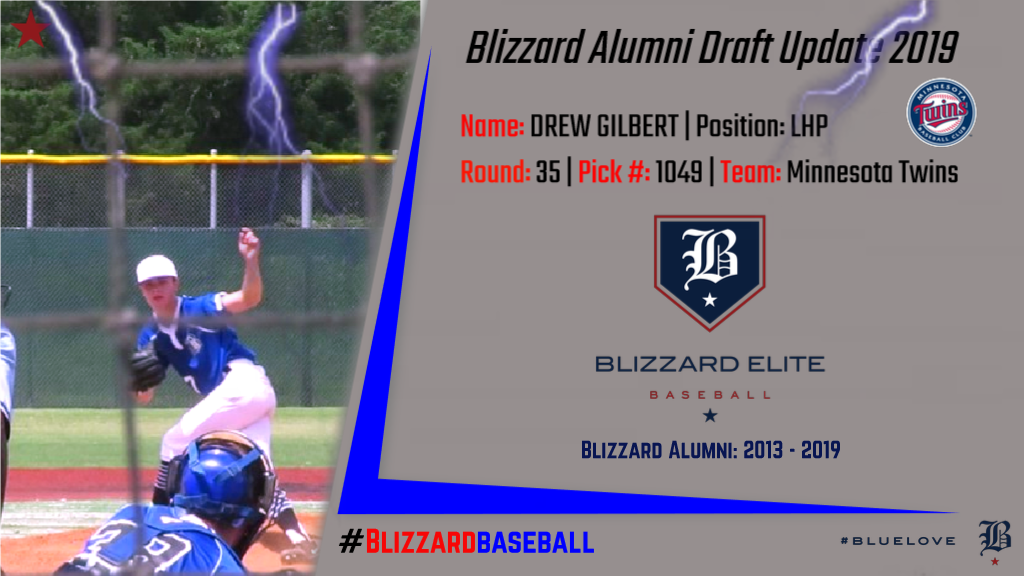 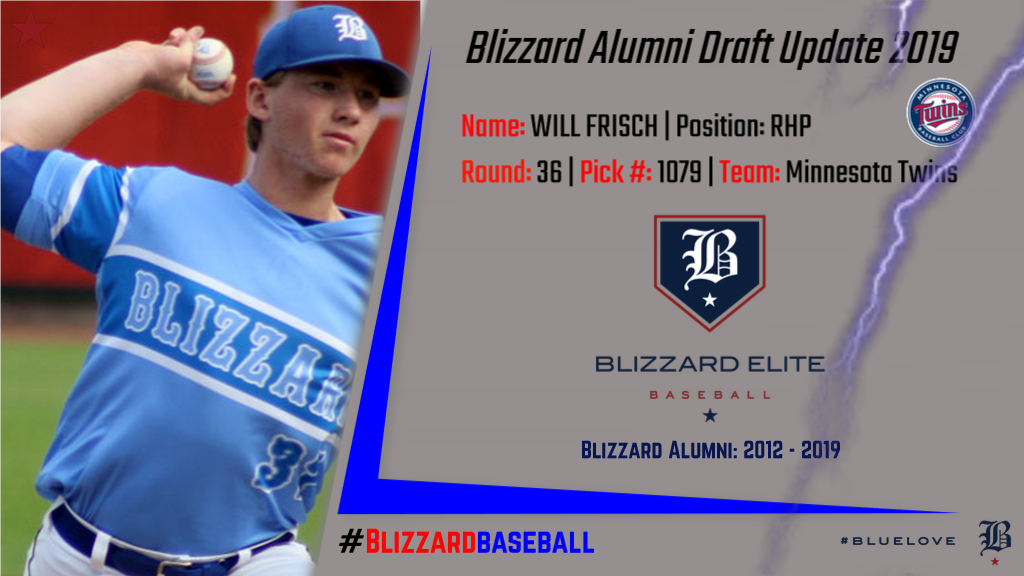 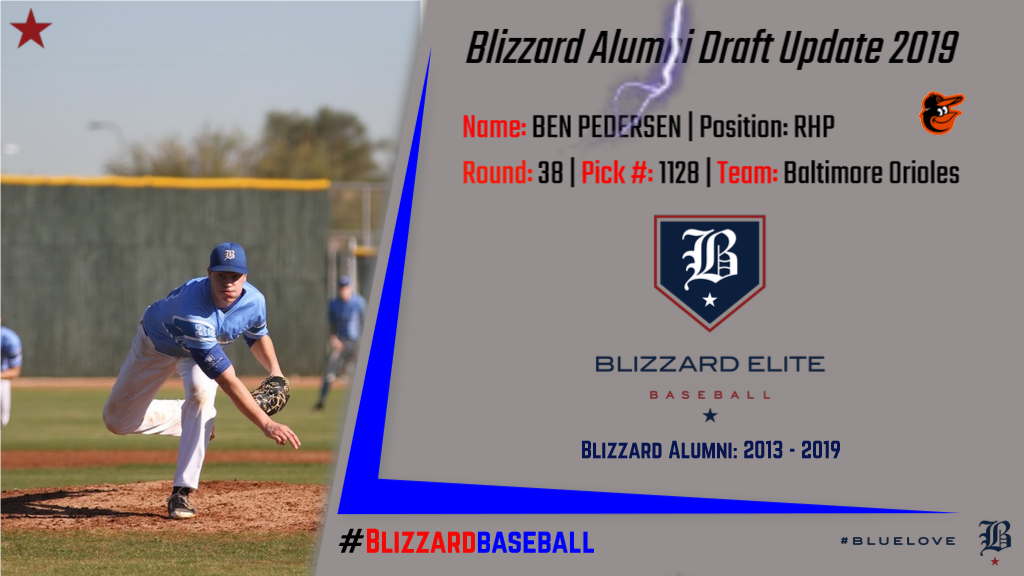 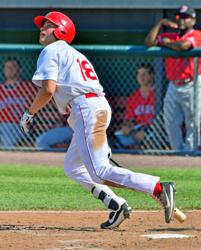 As the 2019 Major League Draft approaches, the Minnesota Blizzard has some interesting prospects both in college and high school who might hear their name called in the next couple of days.

Since 2008, the Blizzard Baseball Academy has had 56 players who have been drafted or signed to play with a professional organization.

Here is a list of BLIZZARD ALUMI who have either been drafted or signed professionally since 2008.

Below are some former Blizzard players who you should be aware of before this week's MLB Draft. 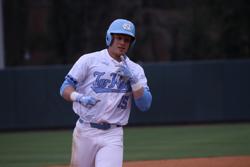 Michael Busch, a North Carolina phenom, has been hitting in the middle of the Tar Heels order since his freshman year three years ago.  Busch has the potential to be the first-ever first round draft pick in Blizzard Alum history.  Madison Boer (2011 Twins), Logan Shore (2016 Athletics), Ryan Boldt (2016 Rays) and Sam Carlson (2017 Mariners) were all taken in the 2nd Round of the MLB Draft.

Busch, who is one of the best pure hitters in the draft, is as close as it gets to being a slam dunk first rounder. 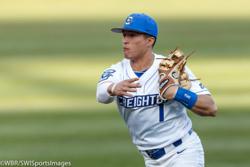 Isaac Collins, one of the most athletic players the Blizzard has had, is a prospect out of Creighton University, a team vying for a 2019 NCAA Super Regional spot.  Collins has played mainly at second base during his three years for the Blue Jays making only 12 errors.  As a sure-handed infielder and a flat-out hitter, Collins projects to go in the first 10 rounds.

Collins on the draft...

I'm doing everything I can right now to help my team win and let all the other stuff let itself play out.

The Blizzard program definitely helped me get myself on the map in front of college teams and even pro scouts.  Multiple pro scouts have mentioned that they remember me playing for the Blizzard back when I was 16 and 17.  Playing against and with top competition helped me become a better player.

My advice for younger players would be just to have fun.  Baseball is a game and at the end of the day you play for the enjoyment.  If you worry too much about college/pro scouts seeing you, it's taking awa your attention from the great times and memories you making on the field with your buddies. 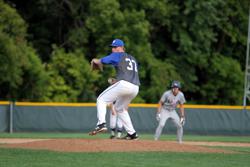 Will Frisch, who may be the best right-handed pitching Blizzard prospect since Logan Shore and Sam Carlson, might see himself called on Day 1 of the MLB Draft.  The only thing holding him back?  The opportunity to go to 2018 World Series Champions Oregon State.  Regardless if he signs out of high school or is off to OSU, this right-handed flame thrower has put himself in good position to get major consideration as Minnesota's first-ever pitching prospect taken in the first round. 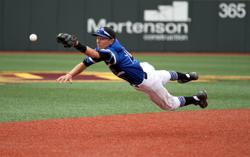 Nick Novak, one of the best-over shortstops in Blizzard history, heads into the draft as a player who has defied the odds.  Coming out of Stillwater High School, Novak was known for his defense with room to grow offensively.  However, shortly after joining World Series contender, Angelo State (TX), all Novak did was hit while manning shortstop every inning.  After hitting .322, stealing 24 bags and hitting six home runs, Novak stands a chance to be a top-ten round pick. 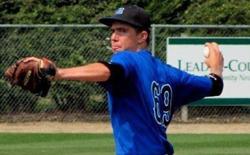 RHP Jake Stevenson, a right-handed pitcher out of Minnesota, has raised his draft stock this spring posting a 2-2 record striking out 45 batters in 38 innings.  Stevenson, whose fastball jumped a couple of ticks this spring, has run it up to the mid-90s with a good breaking ball.  Look for Stevenson on Day 2 or 3 of the draft as a quality senior sign. 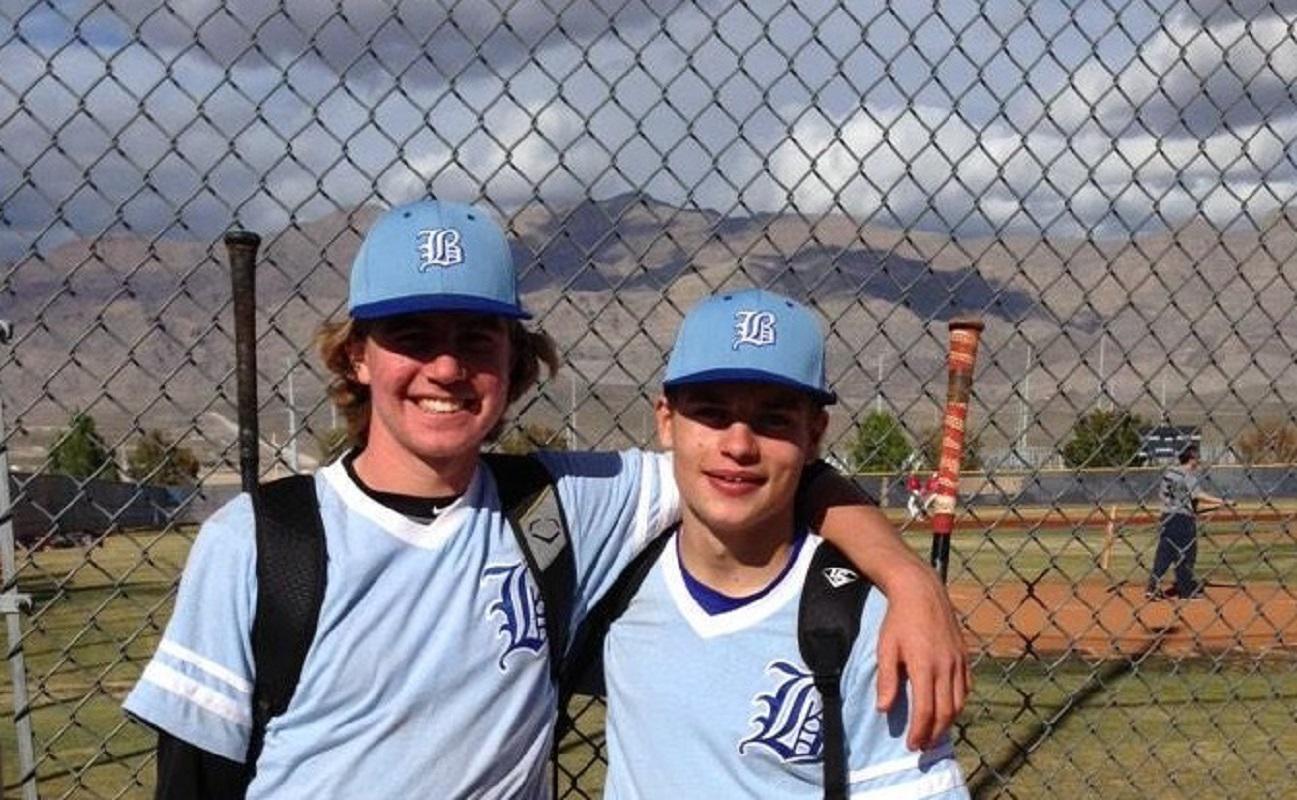 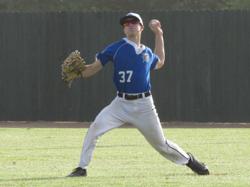 Not since 2008 (Chaska's Brad Hand, Cleveland) has Minnesota seen a left-handed pitcher with the likes of Drew Gilbert, another Stillwater native.  This lefty packs a punch both at the plate and on the mound with a fastball that reaches upwards of 96 mph with an above average curve ball and a very good change up.  Gilbert, who has committed to Oregon State, is an interesting two-way prospect, who is looking to lead his Stillwater Ponies to back-to-back state championships.

RHP Cole Gnetz, along with Stevenson, could also see his name on Day 2 or 3 of the MLB Draft is a quality senior sign.  Gnetz saw most of his innings in a relief role and ended up striking out 30 in 21 innings and secured a 1-1 record with a 2.14 ERA

Here is what Gnetz had to say about the upcoming draft:

The process has been fun.  Just knowing I have an opportunity to continue my baseball career at the professional level adds to my drive when I'm on the mound.

The Blizzard really helped me in terms of getting recruited to a great college and also installed a winning mentality in myself that I have carried to this day.

My advice for the upcoming Blizzard players (whether it be pro or college) is don't be afraid to get out there through video and events, and through the highs and the lows, trust the process and control the controllables! 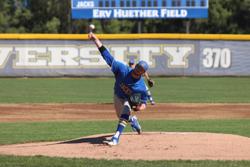 Right-handed pitcher, Ryan Froom, entered his sixth year at South Dakota State.  Froom, who has battled a few injuries since 2014, threw 77 innings this year striking out 50 earning a 6-5 record for the Jack Rabbits.  Froom is an intriguing candidate with a 90 mph fastball and plus breaking ball.

DRAFTED: 15th Round, Minnesota Twins (449th Overall)  RHP Louie Varland (Concordia St. Paul)  Once a raw high schooler with an above average breaking ball has taken the leap into the real deal with an above-average fastball that reaches the mid-90s with a plus breaking ball.  His brother Gus was drafted in 14th round to the Oakland Athletics in 2018.

DRAFTED: 38th Round, Baltimore Orioles (1,128th Overall)  RHP Ben Pederson (Duluth Marshall): the dark horse in this year's draft.  Consistently 90-94 this Spring, his 6'5" frame puts him in a category all his own in the Minnesota prep ranks

LHP Ryan Sleeper (Lakeville North HS): literally the 'sleeper' in Minnesota's crop of 2019 prep talent.  Up to 95 this winter with wipe out stuff.

Sleeper on the draft ...

The last three months has been hectic but exciting.  I've just been trying to play the best I can and not worry about the future and what happens down the road.

The Blizzard has done a great job putting me in situations to succeed.  I have loved going to tournaments and pro days (at the Blizzard Academy) with my best friends.

I would tell the (underlcassman) to enjoy the process but don't stress about it.  The situation you end up in at the end of the day was the one meant for you.  Never question what could have been.  Work hard. 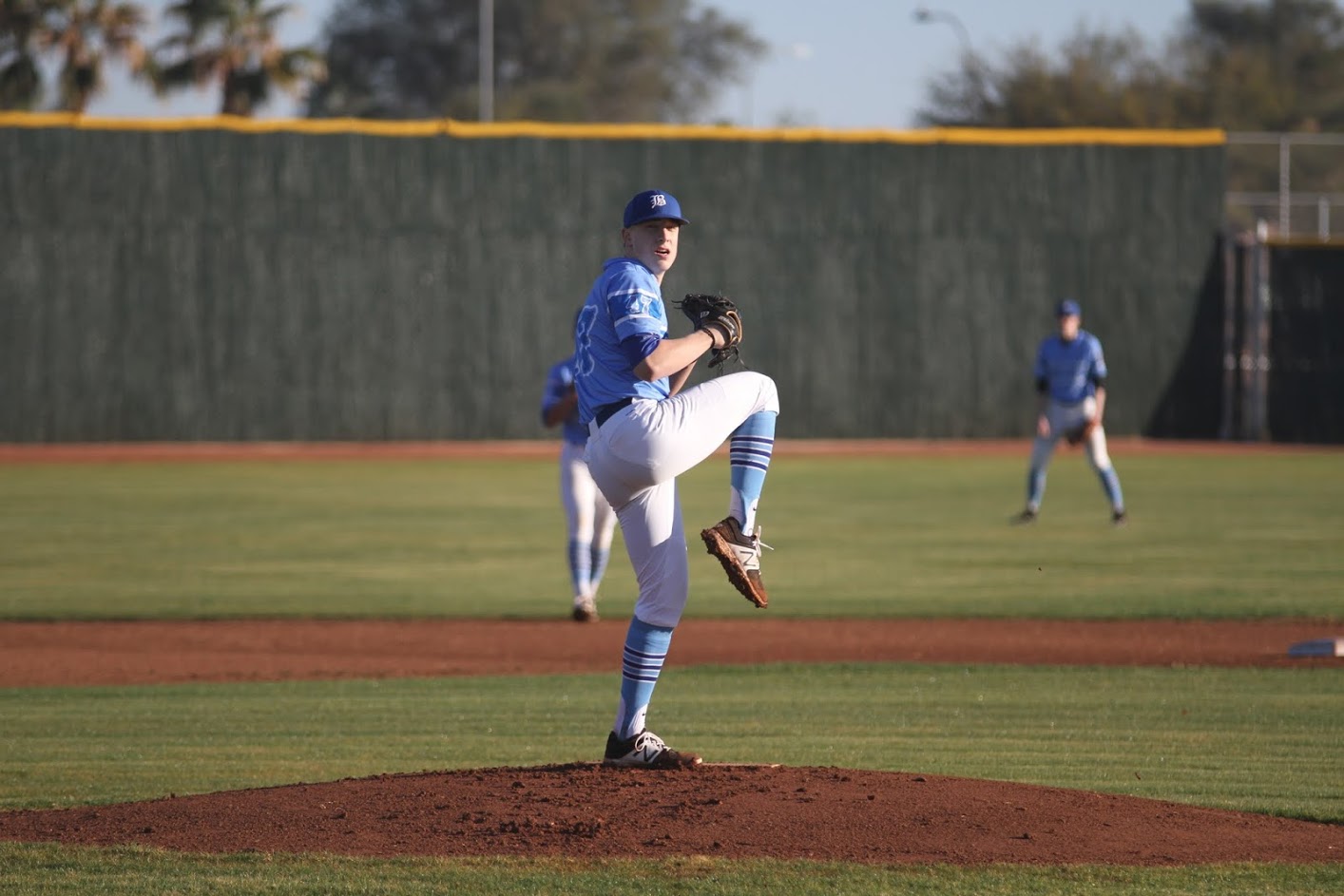