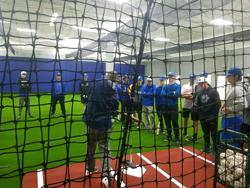 Darryl Robinson, the AAA Hitting Coach for the Philadelphia Phillies, is back with the Blizzard Baseball Academy as a private instructor and is also joining sessions on Mondays and Wednesdays for our Elite Hitting sessions.

D-ROB will be beginning his 26th season in professional baseball as a player or coach, and has guided Astros and Phillies minor leaguers in California for the past nine seasons.  Robinson spent the previous eight years as the hitting coach of the Advanced Lancaster JetHawks in the California League, a position he first assumed in 2009.

He was named Cal League Hitting Coach of the Year in 2013 when his squad led the entire minor leagues in runs (976), walks (669), on-base percentage (.384) and OPS (.853).  A season later, he helped Lancaster to the California League Championship.

Robinson's coaching career followed him playing professionally for over a decade (1986-1998); he was a second-round draft pick of the Kansas City Royals in 1986, playing seven seasons with that organization.

Robinson guided many of the Houston Astros World Series teams hitter's to where they are today including Jose Altuve, Carlos Correa, George Springer and Alex Bregman.  With the Phillies, he has worked with Adam Hasely, Mikel Franco and other top-end Philadelphia prospects.

Darryl will also be running his own "Going to BATtle" program in January and February - a program designed around hitting approach, mechanics with a focus on pitch recognition. 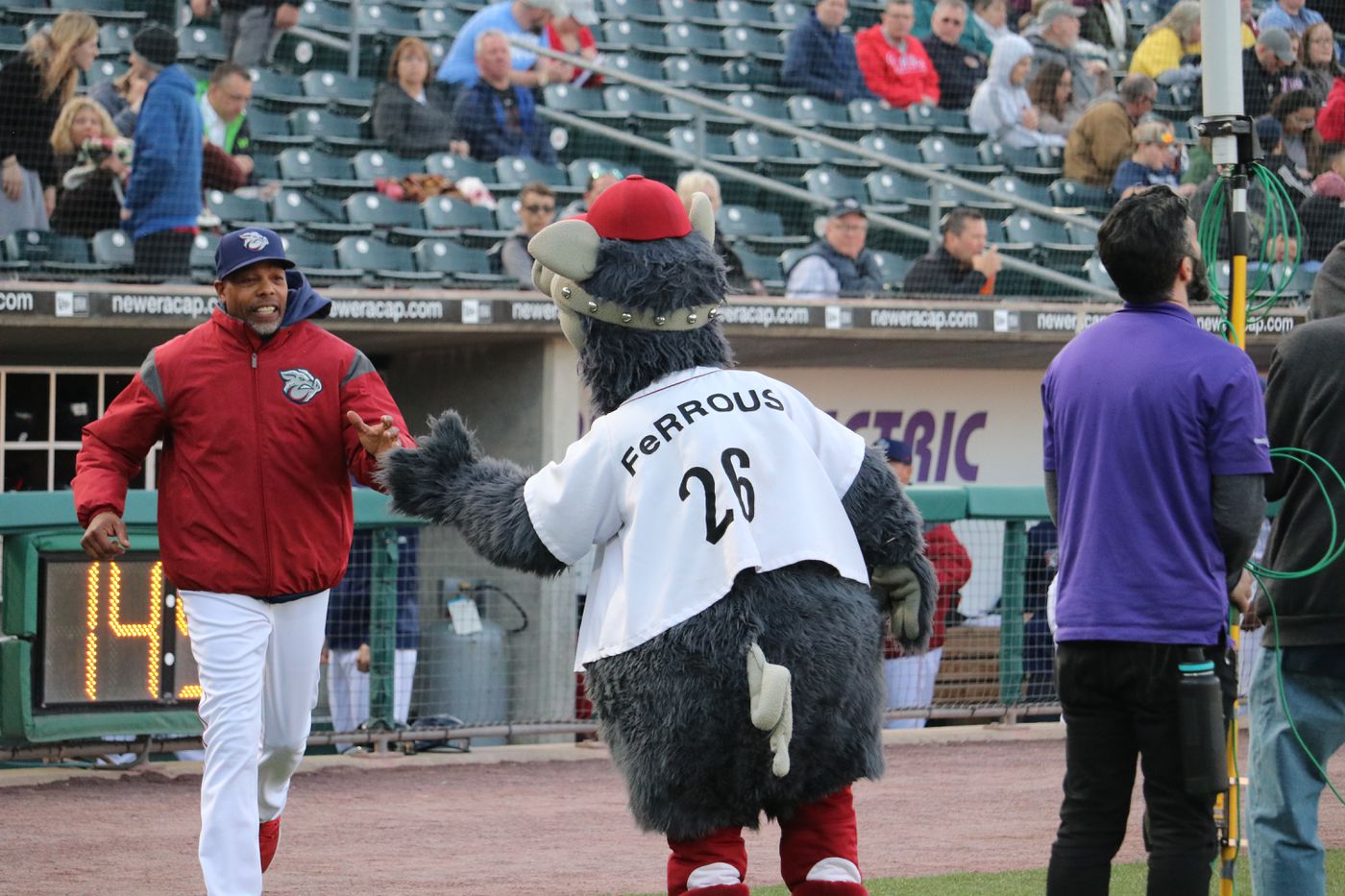 Hitting coach Darryl Robinson helped Astros develop stars — can he do the same with IronPigs?

By Tom Housenick, The Morning Call

Within two years of those discussions in which they agreed to disagree about hitting philosophies, Jose Altuve, George Springer, Carlos Correa and Alex Bregman had one simple comment for Robinson,

“They took it on,” Robinson said. "They did it themselves. They understood. We fought. They didn’t like it, but to this day they say: 'You were right.'

“It took a little time to get there, but they got there and they’re good.

Darryl Robinson is in his first season as the IronPigs hitting coach after a decade-long stint in the Astros system. (Cheryl Pursell)

Robinson is in his first season as the IronPigs hitting coach after spending a decade in the Astros system working with a future rookie of the year (Correa), three-time batting champion and MVP (Altuve), Silver Slugger (Springer) and All-Star (Bregman).

“I’m in that box with them. My mind is spinning like crazy when they are in there. I’m trying to will [them] to do what I want from [the dugout].”

Robinson spent the first month on the job in Lehigh Valley getting to know his pupils. He believes you cannot dive into a hitter’s psyche until you know what makes him tick. It’s how he learned as a minor league player.

He operates by knowing the players as people first before breaking down their swings.

“I worked with a guy who was a hunter,” Robinson said. "I asked him, ‘When you’re hunting, how do you set yourself up to shoot a gun?’

"He showed me. I asked him, "How relaxed are you?' He said, "I’m relaxed.' So he sets up his swing and he’s got a problem. He’s not relaxed. I told him to pretend like you’re hunting this baseball, shoot it with this barrel.

“All of a sudden, things relax. It takes time. It’s not every day you can sit down and say, ‘What’s going on?’ For me, there’s opportunities at given times. That time is important. When you get it, you’ve got to snap at it.”

Robinson said he enjoys listening. He spent time engaged by the likes of Jeff Cox and Brian Poldberg during his playing days in the Royals system. He also talked to Ralph Dickenson, who owned a batting cage in Arizona when he lived there late in his playing career.

Dickenson eventually became a hitting coordinator for the Astros, and, thus, the next door opened for Robinson.

“A lot of what he taught is what I taught probably from just being around him,” Robinson said.

Robinson also spent time this spring training listening to Phillies legends Larry Bowa and Charlie Manuel talk about hitting. He was amazed at how much new information came from those conversations.

The Minnesota resident brought that wealth of experience with him to the IronPigs, who are first in International League in on-base percentage (.361) and third in batting (.275) entering Thursday’s game.

Damek Tomscha is one of several IronPigs who has benefited from working with first-year hitting coach Darryl Robinson. (Amy Shortell / THE MORNING CALL)

“He makes those subtle suggestions that help you out,” Damek Tomscha said. "He’ll tell you what the best hitters do and how you can incorporate that into your swing.

“He wants us to ask questions, communicate what we’re feeling so he has an idea of what might work for each of us.

Robinson’s enthusiasm is married to his passion for hitting and getting to know those he’s working with. The current Lehigh Valley roster is well aware of the short drive and quick phone call they are from Philadelphia.

The Chicago-born Robinson also knows his job is to keep the players focused on the tasks in front of them.

"My goal is to have guys prepared to compete when they are called to the big leagues,” he said. "That’s all I can do, get them ready to compete. I can’t help them succeed.

"They have to succeed themselves. I’m not going to say I made them succeed. That’s not how it works. Give them the information, give them what they need. They have to do it.

Robinson’s record, however, speaks for itself.