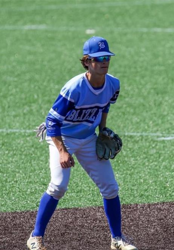 After almost a full year of not knowing, changing plans, adjusting schedules, the Minnesota Blizzard has an opportunity to kick 2020 to the curb and come out swinging in 2021.

The Blizzard will be taking two varsity teams to IMG Academy January 22nd-31st to play 18 games (9 for each team) against one of the higher ranked high school teams in the country - IMG Academy.

IMG Academy, a private high school based out of Bradenton, FL is a sports mecca offering several sports to aspiring athletes as well as a high school education.  Their baseball complex, which includes batting cages and four baseball fields, a mini infield and a main stadium field draws comparisons to many MLB Spring Training facilities.

"When I received the call from Brian Mileski that this was an option", Blizzard Owner Adam Barta said.  "It was one that I know we had to make work."

The concept started with potentially playing a 4-game series like a normal tournament, but it quickly moved from tournament to more training and more games.

"Having the opportunity to play preseason games is essential," Director of Baseball Operations Dan Simonds said.  "We have traditionally played an international four-five week preseason schedule with teams like Japan and South Korea, but this will be one of the first times we have played a domestic travel team."

"We know the Blizzard program is a top-rated program with several high-end players," Simond said.  "We have received nothing but positive feedback regarding the quality of program and their players."

While it is the first year of this type of trip for the Blizzard program, Barta hopes this is one that is an annual event that can be on the calendar year after year..

"I know one thing," Barta said.  "Our guys will play hard, for each other and show a lot of respect for our host.  I'm excited to train, compete and play for seven straight days.  And hitting fungos outside with shorts on won't be bad either.  I really think this is an idea we will be implementing year after year in our program."

Simonds echoed the excitement about the week coming up.

"IMG is excited about nine great days of baseball with the Minnesota Blizzard," Simonds said.  "This event is going to benefit both organizations in so many ways.  Our coaches and players are looking forward to the challenge of facing quality, well-coached competition."

"At the end of the day," Barta said.  "We are extremely grateful to IMG and their staff for hosting us.  We are very fortunate."

Games begin on Saturday, January 22nd with updates relayed via Twitter and Instagram and IMG will have live streaming services available for family and fans to watch. 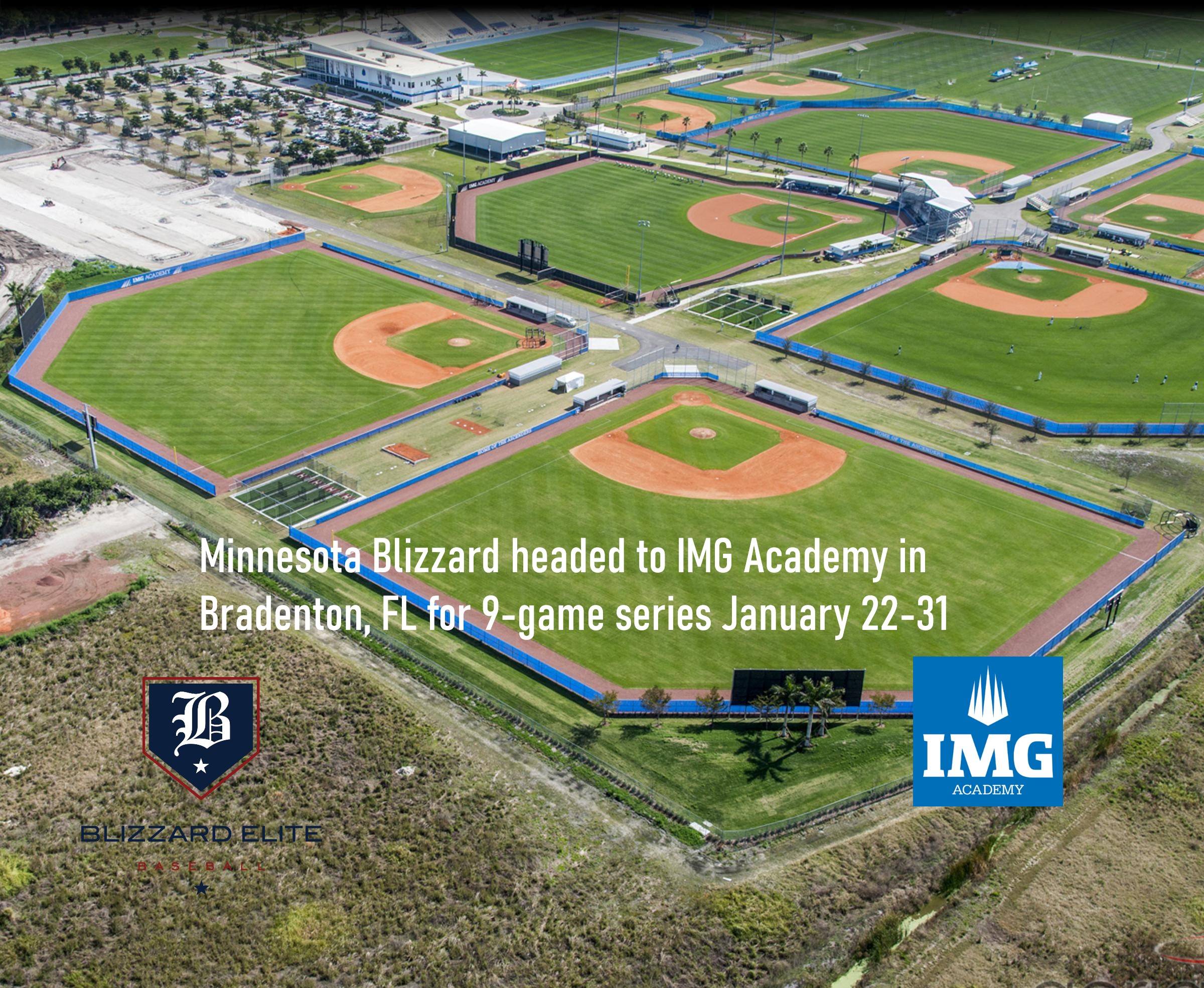