Gehrig was a great teammate, a phenomenal student of the game, someone who was passionate about getting better at every moment, polite, kind, looked after the younger players and a drive for just wanting to be a better person.

I was lucky to have him in the program and every player that I have had is special, but Gehrig had a unique quality to him like no other.  He looked you in the eye and there was always a 'will' to work just a little harder every time.  Every Blizzard player I have should look up to who he was and how he worked. 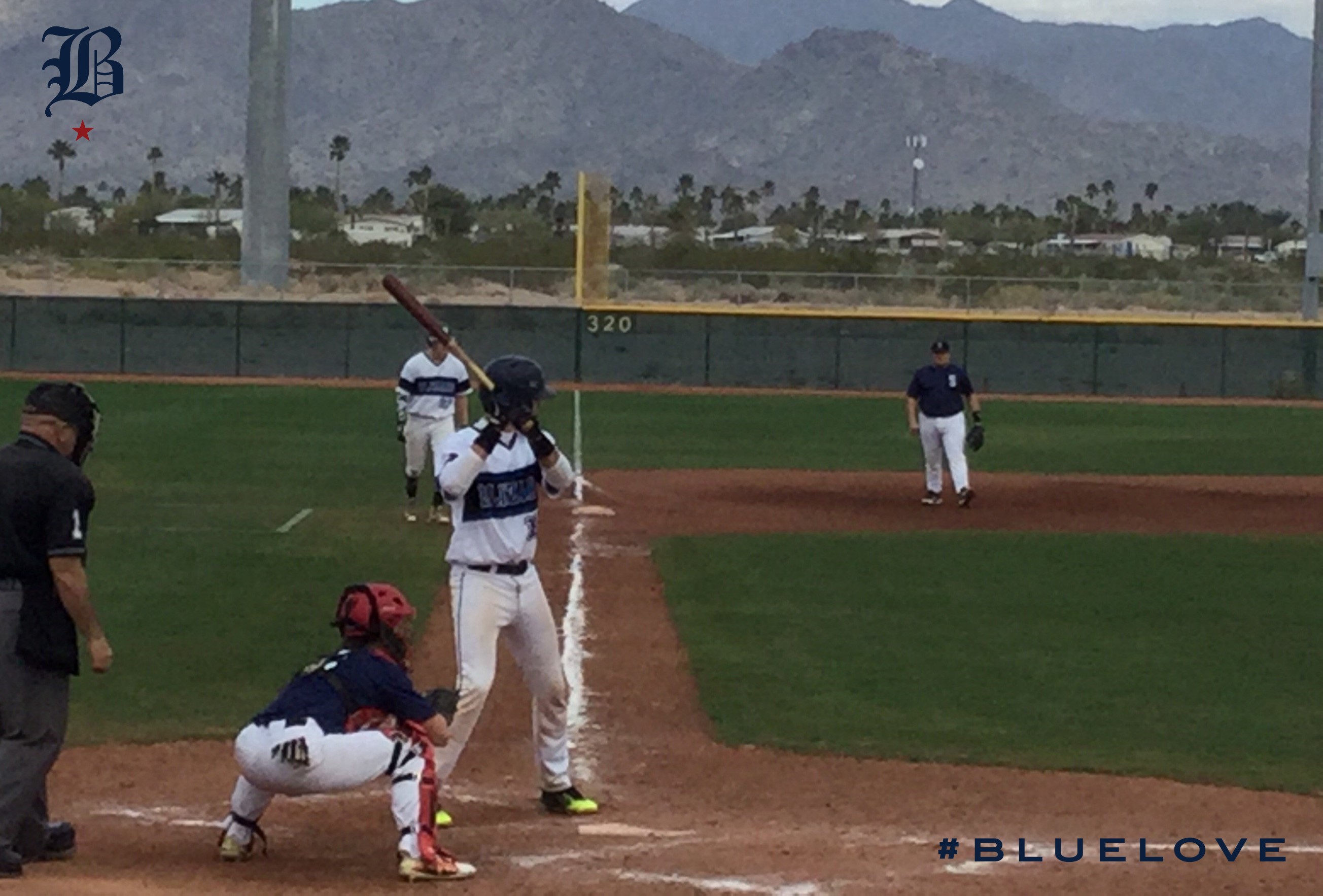 Gehrig Chambless, who died last April at the age of 21, was a three-year starter and a program-defining player at the school. 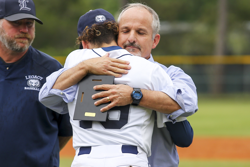 Under a cloudy sky at Bob Sorenson Fields, Jack Chambless stands on the same baseball field where he once coached his Legacy Charter baseball program.

Next to him is current Eagles coach Trent Hopper and Athletic Director Russell Hunt, who stand still as the PA announcer begins the ceremony 20 minutes before the start of the Legacy/Foundation Academy game.

It’s an emotional moment for Jack Chambless, as Legacy junior Jayden Colon hands him a plaque before throwing his arms around him — which is then followed by another hug from Jaden Oyola. This jersey retirement for his late son, Gehrig Chambless — a three-year starter for the program who died April 26, 2020 at age 21 — is special.

“This morning, I came out to the field by myself to put up the banner for Gehrig and to soak everything in one last time — that was the hard part,” Jack Chambless said. “The ceremony gives me a lot of closure — gives my family a lot of closure — that Legacy would make official what had been in the works for probably a couple of years now.”

From here on out, Gehrig Chambless’ No. 14 will not be worn by another player, and to Hopper, that’s the best way anyone could be honored in the game of baseball.

For Hopper — who was the infield coach during Gehrig Chambless’ freshman, sophomore and senior seasons — it was a moment that hit him harder than he had anticipated.

“It choked me up a little bit; I didn’t expect that to come,” Hopper said. “But as a baseball player, he was as good as it gets, and that’s how you do things in baseball — you remember it.

“I thought it was fitting, and I thought it was representative of the way he plays, because I don’t know if I’ve ever coached a kid as good — he was just a joy to watch,” he said. “It was a good night.”

When Gehrig Chambless was a part of the Legacy program, he was absolutely electric.

In his three years — 2016 to 2018 — starting at catcher, he was known for being a fiery competitor. It paid off on the field as he racked up both huge stats and honors to boot. As a sophomore, he was featured in the USA Today sports section after he tied the national high school record for most triples in a game when he hit four of them on March 2 against Wildwood.

He was Legacy’s first All-District selection in 2017 and 2018, and named Class 3A, District 5 Player of the year. He was also selected as a Perfect Game Honorable Mention All-American.

When Jack Chambless looks back on all those years coaching his son — which started when Gehrig Chambless was just a kid — one specific memory has always stands out.

“In 2018, we were playing The Master’s Academy in the second round of the district playoffs — we were way down and in our last at-bats in the bottom of the seventh inning; Gehrig was on deck,” Jack Chambless said. “I looked over at him and noticed he was wiping his eyes. He turned and slowly walked all the way to the third base coaching box, and with tears in his eyes, he looked at me and said, ‘Thanks for coaching me all these years.’  He hugged me, walked up to the plate and got a base hit to keep the game alive.”

Gehrig Chambless always played with emotion, and that was part of what made Hopper appreciate him even more. In fact, Hopper’s most colorful memory he has of Gehrig Chambless came during a moment of frustration.

“Jack was always on the guys about controlling emotions, and I remember him coming around third and a guy making a play and he was going to score on it, but the first baseman scooped the ball out — or something happened where it was like, ‘Ain’t no way he is going to catch this ball’ — and the dude caught it,” Hopper said. “And he took his helmet, and when it hit the ground, it bounced at least 30 feet in the air — he was so angry.

“It was one of those points that at any other time Jack would have lost his mind, but he was like, ‘He just wants it,’” he said.

After finishing at Legacy, Gehrig Chambless became the school’s first baseball player to make it to the collegiate level — becoming a key force at Palm Beach State College in 2018 and 2019. Even today, years later, Gehrig Chambless holds just about every record in school history as a catcher.

Although Gehrig Chambless is no longer alive, having the game of baseball — and the school — immortalize him and his old No. 14 in such a way is something that the Chambless family will never forget.

“This helps with the healing,” Jack Chambless said. “It’s just great to know in the tradition of baseball that this type of thing is done for people who have big impact, whether they’re living or gone.” 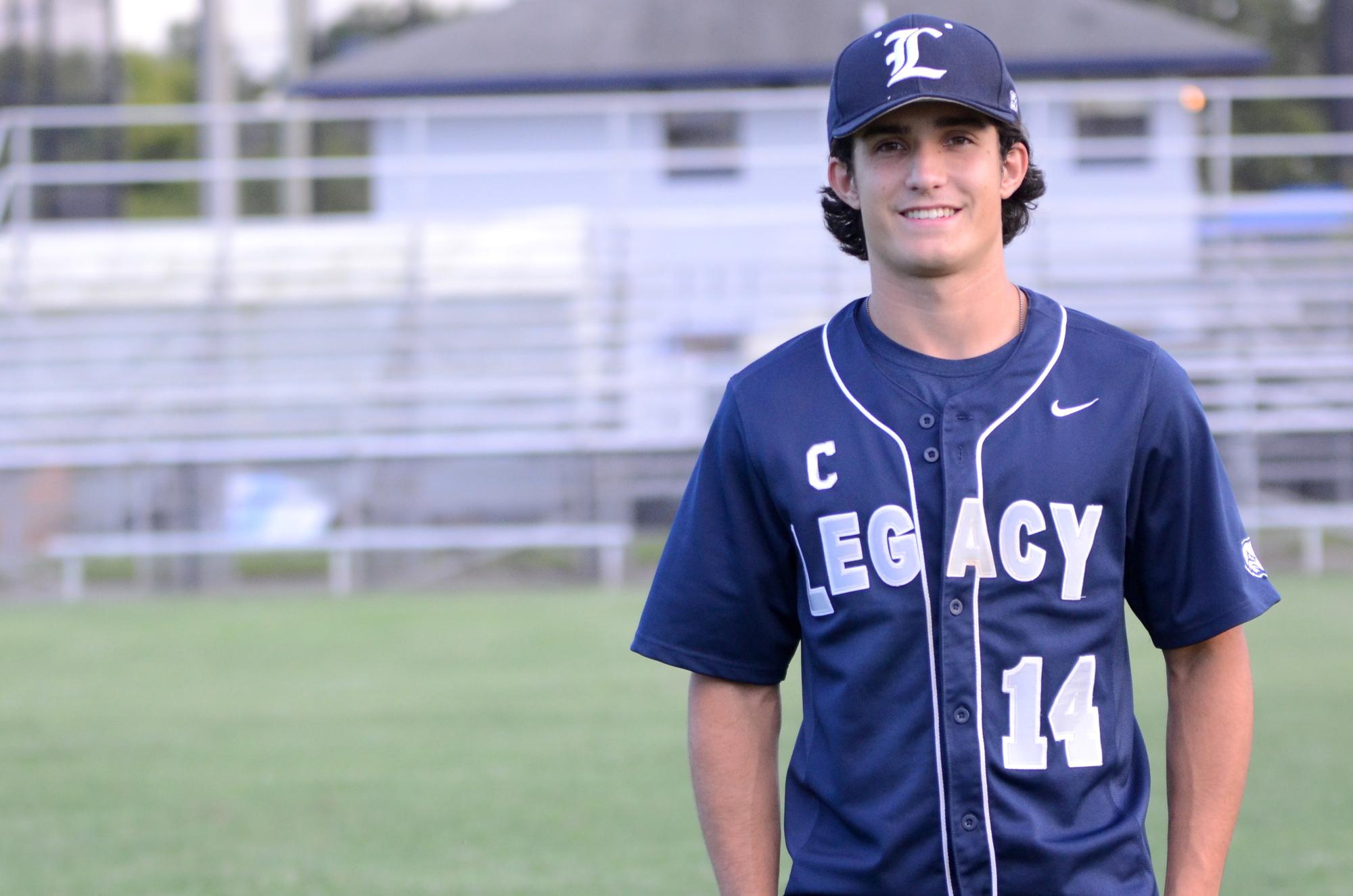 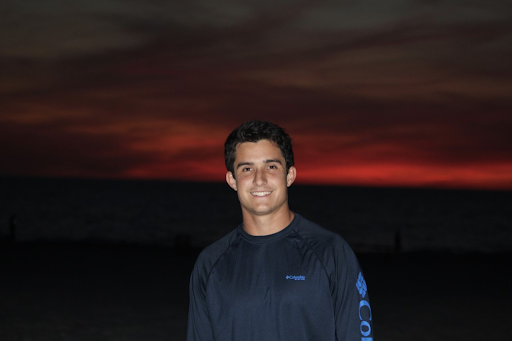