Blizzard win 3 championships over the past two weekends 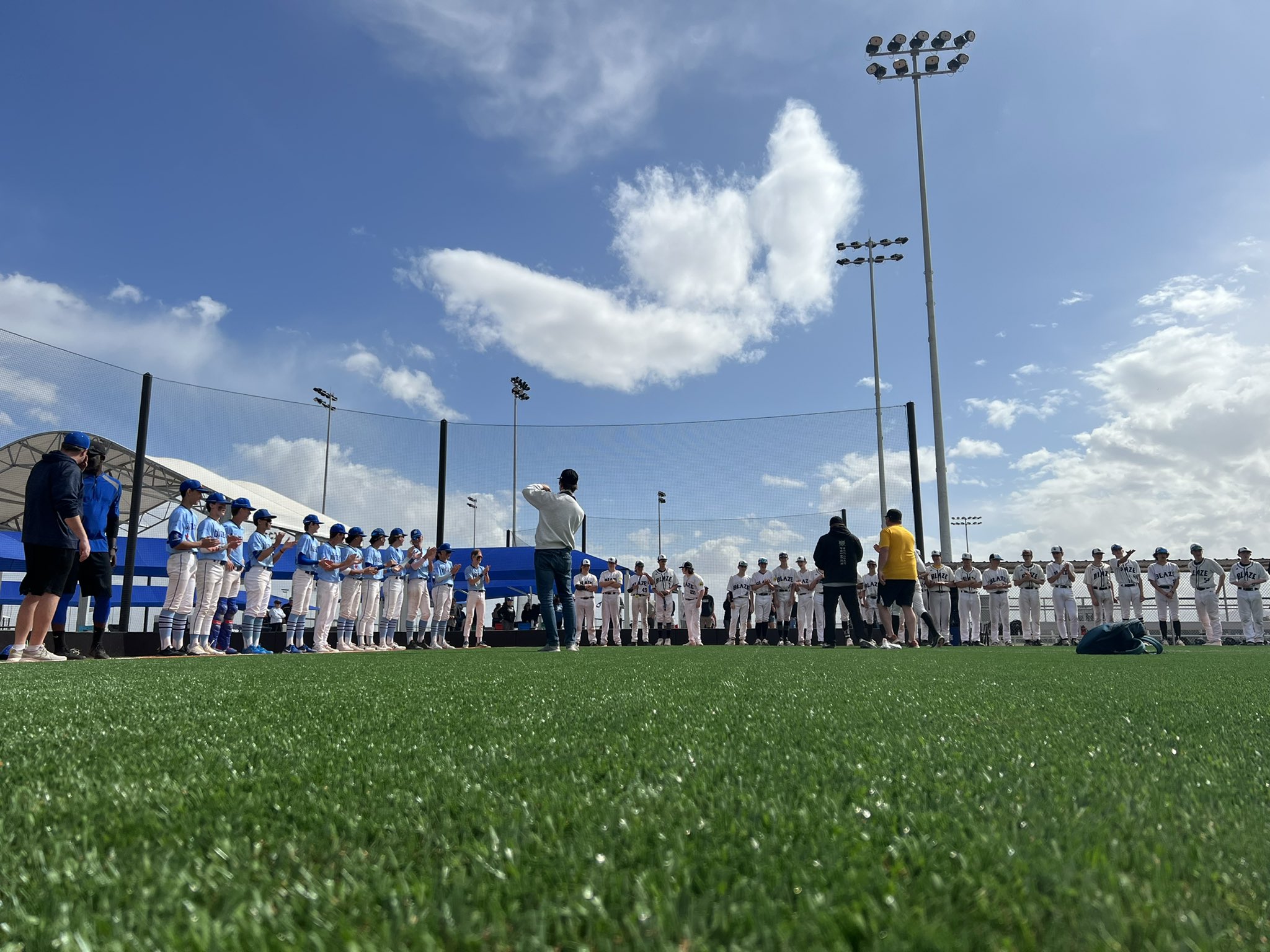 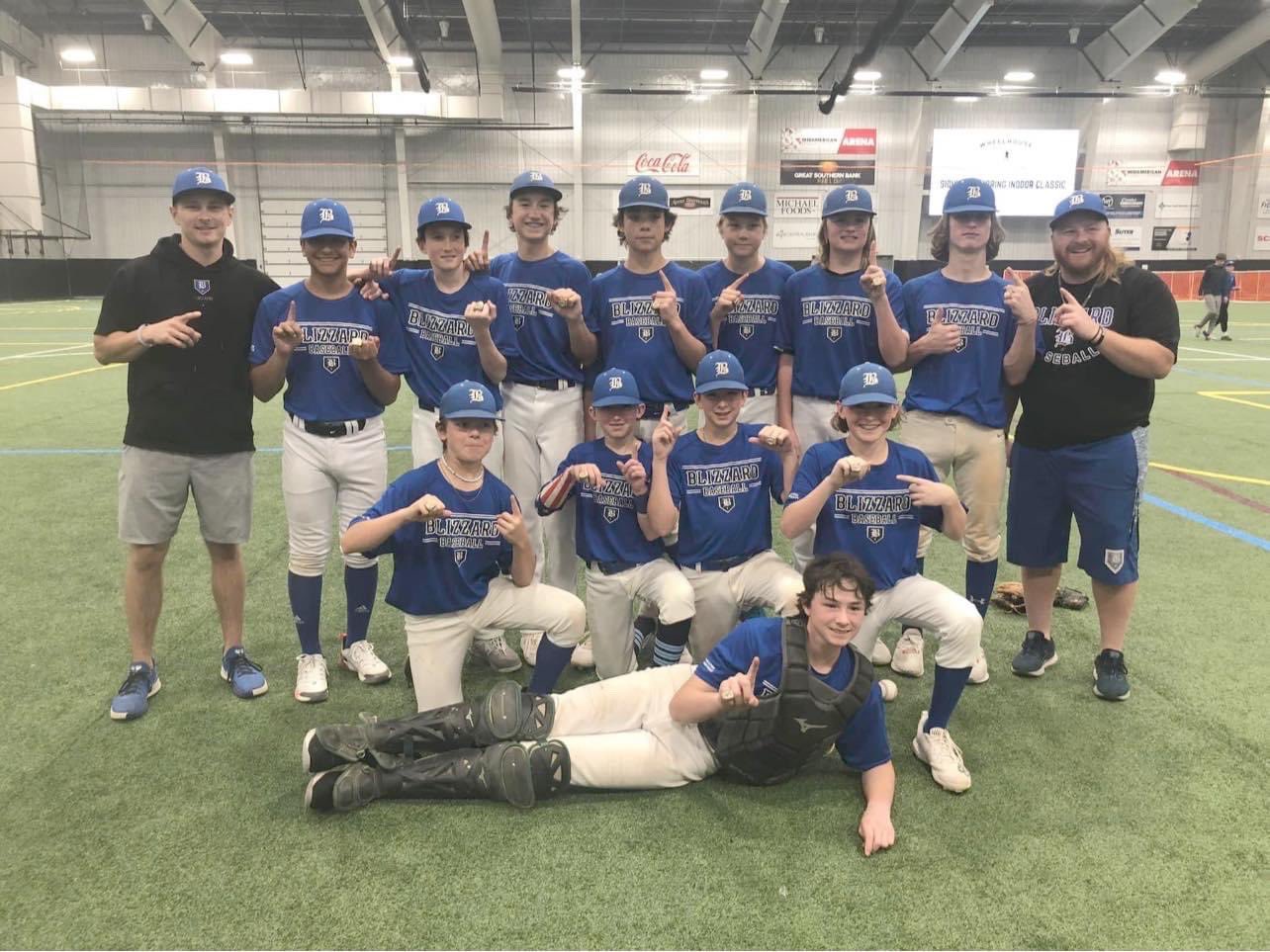 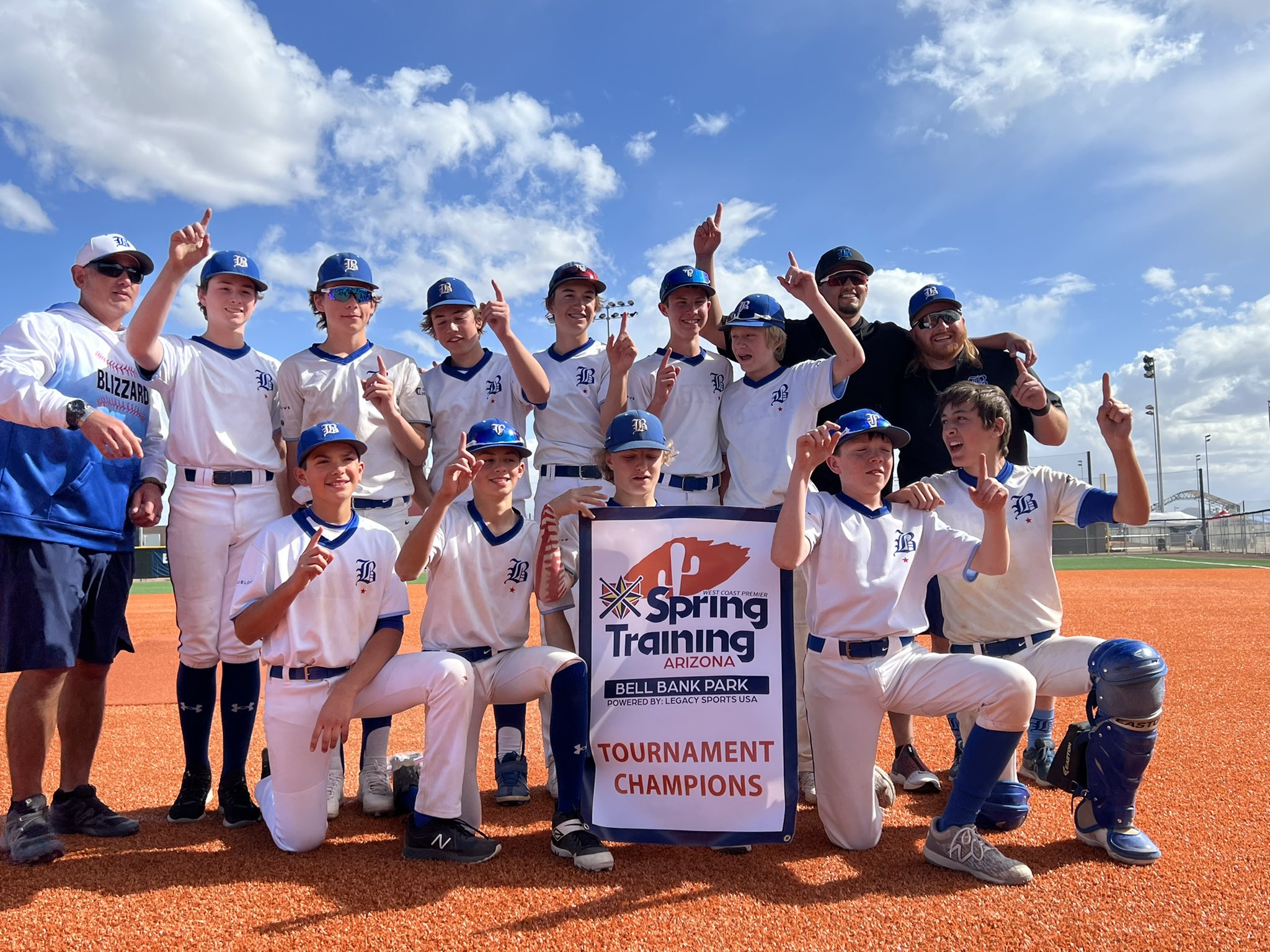 Blizzard 14u Blue and 13u Blue go back to back

The Blizzard 13u and 14u Blue teams have won back to back tournaments over the past month and are heading into the spring and summer after a very impressive winter season.

Blizzard Blue 13u Matthew Grundtner entertained the crowd with a no-hitter in the championship game in the West Coast Premier Spring Championships in Mesa, AZ striking out 12 with his battery mate, Brady Keane.

Carson Hart had 11 hits on the weekend including three home runs and 19 RBIs in the 13u 7-game schedule over four days.  Oscar Waisanen, Chase Rudolph and Brady Keane also threw a combined 14 innings striking out 18.

The Blizzard Blue 14u team went back-to-back after winning Vero Beach, but it wasn't without drama as they tied the semi-final game in the last inning with two outs when the opposing pitcher was called for a (debatable) balk.  The next inning, Cason Borchardt lined a dramatic RBI 1B over the shortstops head for a walk-off win that sent the 14u squad to the championship game vs. the Langley Blaze, one of the top club organizations in Canada.

In the championship game, Cason Borchardt led the team again with three RBI going 2-for-2 while Texas native Haygen Barbee had 2RBI in the first inning to set the tone in a game that saw Blizzard come away with a 10-0 victory.  Cason Borchardt and Haygen Barbee did the work on the mound as well allowing only one hit in fiving innings, walking none and striking out a combined three hitters.

The Blizzard Black 14u team earned Runner-Up in the AAA division after having a solid weekend in the WCP Spring Championships going 4-2.  A big win in the semi-final game behind a grind-out effort by Keith Miliam, who went five innings with 6ER and struck out four.  Mason Schmidt earned the save allowing no runs, no hits, no walks and struck out one in his frame.

Charlie Mueller and Colin Fike had a huge weekend and led the team with nine RBI while Keith Milam had 11 hits.  Henry Saunders also had a big weekend collecting 10 hits.

Blizzard Black 13u went 5-3 and won the consolation championship in the West Coast Premier Spring Training Championships cruising to a great finish winning 11-3 in the championship game.

The Black lost their quarter final seeding game in the majors bracket to the Blizzard Blue 13u team 6-5 after leading the entire game.  The Blue team snuck by scoring an unearned run that helped them sneak into the semis.

Both Riley West and Zach Bostrom had seven hits in the tournament, leading their team in knocks on the weekend.  Cade Hamilton had 12 RBI including a home run.  Jackson Kolb and Gavin Iverson went errorless on the weekend and Robbie Babcock struck out 17 in 7.2 innings while holding opponents to a .080 batting averagae.  Yikes!

The Blizzard 11u/12u combo team lost their semi-final game and went 3-2-1 in the WCP Spring Championships.  Soren Lillegard, Vinny Cognetta, Miles Tomaszewski and Lincoln Chandler all collected six hits on the weekend.  Owen Brookins has continued his torrid run of power collecting three home runs, all of which were over the fence, and Cash Gray chipped in for good measure with five RBI.

The entire team committed only one error on the weekend that included perfect infield and outfield play, maybe the most impressive stat of the tournament!

The Blizzard Carolina 13u team took home a championship after going 4-0 outscoring opponents 25-5.  Max Perkins led the way with five hits with Zach Bostrom collecting four of his own as well as playing a clean shortstop this past weekend.

The Blizzard made zero errors in 94 total chances this weekend including a championship game ending play where Max Perkins back picked the runner at first base.

The Blizzard 10u team dipped their toes into the Blizzard program for the first time going 1-1 in bracket play and losing 9-8 in the last inning of the first playoff game.  There was some exciting action and players of note as Jett Matazynski and Easton Lutteke both had four hits including three doubles this past weekend.  Hudson Stevens and Lutteke led the team with four RBI while Jake Abrahamson swiped five bases on the weekend.  Abrahamson also earned the 10u team's first win of the season striking out seven in three innings allowing no runs on only two hits.

The Blizzard are back in action this weekend when the 11u and the 11u/12u combo team head down for Round 2 of the Indoor Spring Championships in Sioux City, IA.

Interested in playing in the Blizzard Elite summer and fall baseball program?  Come to our tryouts in late June and early July  to compete for a spot one of the most successful club programs in the country - the Minnesota Blizzard.

We are looking for players ages 10u - 18u to train and compete with the top players in the Minnesota.  Have more questions?  Contact us below !