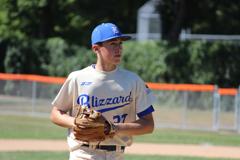 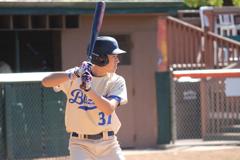 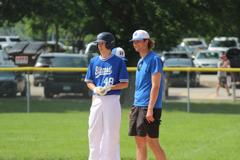 Parents: Chris & Stephanie (Chris – Duke fanatic and one heck of a host. The Matejka’s have hosted us many times and we always eat like kings, chicken, steak, taco’s…you name it (not to mention he is a beer connoisseur). If you ever need fishing tips, Chris is your guy as he basically has the same fishing section from Scheels in his garage. I always see pictures of fish I only dream about but somehow they are an everyday occurrence for him/ Stephanie – took me a long time to get this down, she goes by Stephanie (called her Steph forever)! She is very analytical and always assessing the situation. Stephanie is more than happy to chip in and make sure the boys are getting enough food, snacks, hydrated between games.

Grandparents – Aka - Super fans 2.0 – Steve, Mike & Mariann. The trio’s passion to see grandson’s athletic events is truly amazing. Not to mention if you are ever searching for Sports Cards make sure to hit up Steve as he has a baseball card collection you typically only read about on ESPN when they are auctioning cards off.

History: Mat is a quiet kid but one you never forget. I remember seeing Mat play t-ball and coach pitch when he was a tiny kid and even at that age he was so much better than everyone else you wondered if he was in the right age/group. After a couple year hiatus our families reconnected for dome ball in Rochester and eventually I was able to coach Mat for 3 years during summer ball. Mat attends Dover-Eyota schools but did some of the youth programs in Stewartville and that’s where we were first introduced to his abilities (flag football wasn’t fair – if he touched the ball it was a TD). Mat is now a two sport stud as he plays school basketball and AAU ball for the Minnesota Lightning in the top AAU division. In addition he was moved up to 8th grade ball this past year as a 7th grader and joined the Blizzard Summer team at the conclusion of this AAU basketball season. On the court Mat dominates (I know he scored over 400 points in each of the past basketball seasons). On the diamond Mat’s size and athleticism has allowed him to turn into a utility player after primarily playing First/SS for our summer team in Stewartville. He was able to hold down left field this summer making some unbelievable plays due to his speed and ability to get to the ball. He also played some first-base, SS and utilizes a mid 60’s fastball on the mound. He uses his size and power to do damage at the plate. He was always our 3/4 hitter in the summer and he carried that right into his first Blizzard summer where he was the 4 hitter from the start leading the team with a .467 average (led team in doubles and RBI’s even though he played 12 fewer games). Mat is a gap to gap hitter and in the event he burns the outfield he has tremendous speed for his size and sizzles around the bases. I envision big things from Mat this fall for Blizzard and I know he will continue to bulk up to that already impressive frame as he trains at ETS in Rochester!

Fun Fact: If you are ever feeling the need for energy and a quick pick me up Mat makes the best peanut butter protein balls ever assembled to man. I don’t know why anyone would ever buy anything from a store if Mat is around. I have had the luxury of eating these things on three different occasions (yes I remember the exact amount of times) and to avoid looking like a complete pig I would only eat one or two on each occasion when in reality I could have eaten the entire container (they are a little larger than a golf ball). I have no idea what is in the conglomeration of goodness but I know that Mat is the one putting it together.