Our Programs and Seasons

What program fits you ? 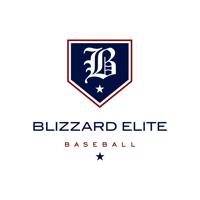 The Blizzard Fall Only program is for players who may be involved in multiple winter/fall sports and want a high-level fall baseball experience. Our Blizzard Fall Only teams will compete in 4-5 local tournaments and have the same August and September practice schedule as the Blizzard Elite teams. The fall teams also act as a minor league system for the Blizzard Elite teams as we have had several players called-up after the fall to participate in tournaments. There are typically 2-3 levels of fall play: Gold, Silver and Bronze.

The BLIZZARD BASEBALL ACADEMY was started in 2003 by Adam Barta and Johnny Anderson in order to give kids an opportunity to compete on a level playing field with warm weather states. By starting small and working with kids seven days a week, Barta and Anderson graduated some of Minnesota’s most decorated prep baseball players including: Joe Loftus (Vanderbilt), Madison Boer (Oregon), Logan Shore (Florida) in there first years running the Academy.

All four divisions use sports specific training to achieve a broader impact on our student athletes. In each case, this is achieved through a standard of excellence set by our leaders and mentors in our program – primarily our instructors and coaches.  As a result, this standard of excellence is the founding principal of the Blizzard Baseball Academy and it continually resonates throughout all four of our divisions, guiding the continued growth of our student athletes.

But teaching baseball skills isn’t the only thing the Blizzard do for their players.  They teach that attitude, effort and the importance of preparation is what makes great baseball players and more importantly – great people. The lessons learned at Blizzard Baseball go past the lines and into the real world.  Our Blizzard Big 5 are a key component and is the centerpiece to the Blizzard program.

The Minnesota Blizzard program (9u-18u) has been designed to aggressively assemble the most dedicated and elite baseball players in the Midwest.  Our program’s goal is to create opportunities for all players by way of quality instruction, league play, national tournaments, college consultations and exposure to the college and professional ranks through showcases and recruiting profiles.

Values, Vision and what drives Blizzard Baseball – The Blizzard Big 5

The competition, college and pro exposure, player development, alumni involvement and family are what drive our program.  The Blizzard is more than baseball – it’s a life experience with coaches who care and players who want to get better.  Our vision and values of the Blizzard Big 5 drive our core values, guide players through their youth years, into high school and onto both college and professional baseball.

Why play for the Blizzard?

Quite simply, the Minnesota Blizzard is the best elite travel baseball program in state, with a strong tradition of producing the top players in Minnesota.

The Blizzard travels to top-tier tournaments throughout the U.S., providing players the opportunity to play against some of the highest-level competition in the country.  The competition, college and pro exposure, player development, alumni involvement and family are what drive our program.  The Blizzard is more than baseball – it’s a life experience with coaches who care and have players who want to get better.

The tournaments also provide exposure to college recruiters for the upperclassmen, as 100% of the varsity players have gone on to play college baseball over the past three years.  The coaching staff includes two associate scouts for MLB teams, as well as former college and professional players who all have an expansive network in baseball.