It is safe to say if you are a Minnesota Twins Fan then you know the name Al Newman also known as Newmie.  He is one of the all time fan favorites!

Gregarious personality and professional athlete don’t always go together but for Al Newman the combination has given him the opportunity to grow as a speaker. You don’t get two World Series Championship rings without learning a few things about leadership, teamwork, and motivation.  Al offers an entertaining and empowering camp that will motivate you and your team to succeed.

Al attended San Diego State, majoring in accounting.  He helped lead the baseball team to two All-Conference seasons.  He started his Major League Baseball career by signing with the Montreal Expos in 1982.  He was traded to the Twins in 1987 for the most exciting 5 years in Twins history.  Al, a sure-handed defensive infielder who could play all over the place, was a valuable utility player and fast runner.  Primarily a second baseman but also played shortstop, third base and left field at some point in his career.  Al was a member of two World Championship teams with the Twins in 1987 and 1991.

Following his playing career, Al managed and coached for Minnesota from 1993-05.  Whether playing or coaching Al’s bubbly personality brought a lot of energy to the clubhouse, he was always smiling and laughing, keeping the players loose and eager to play with a positive attitude.

Al feels he has been blessed and he is passionate about giving back to the community. With his love for baseball and his desire to help kids you will often find him helping out high school and college players.  'Newmie' is back with the Blizzard Baseball Academy after three full seasons as the St. Cloud Rox Skipper.  In his winter camp at the Blizzard Academy ,he will teach the fundamentals of the game but will also talk about the “D’s” Desire, Dedication, and Determination.

You can often see Al on FOX 9 with Jim Rich Sunday nights during the baseball season.   You’ve heard his voice on KFAN, WCCO, KKMS, and many other stations. 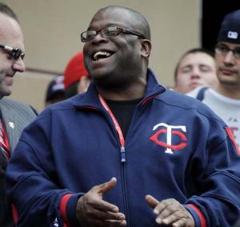 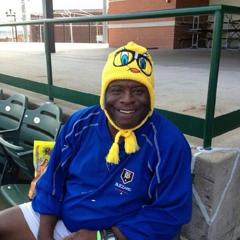