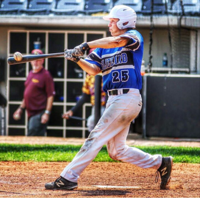 The Minnesota Blizzard is the most successful traveling and club baseball program in Minnesota and among the top select teams in the Midwest winning 141 national tournaments and placing in the top four 289 times since 2003.

The Blizzard program draws players ages 10u-18u from all around Minnesota including Albert Lea to Duluth and has had several players from the Dakotas, Iowa, Wisconsin and even Canada.

Over 450 players have committed to play college baseball and another 50+ have been drafted or signed as free agents in the last ten years. It is one of the most well-respected programs in the Midwest and has garnered attention from KSTP 5, Kare 11, ESPN 1500, Fox9, Channel 6, the Star Tribune and the Upper Deck Report among others.