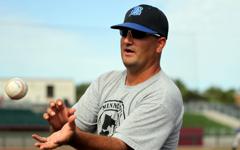 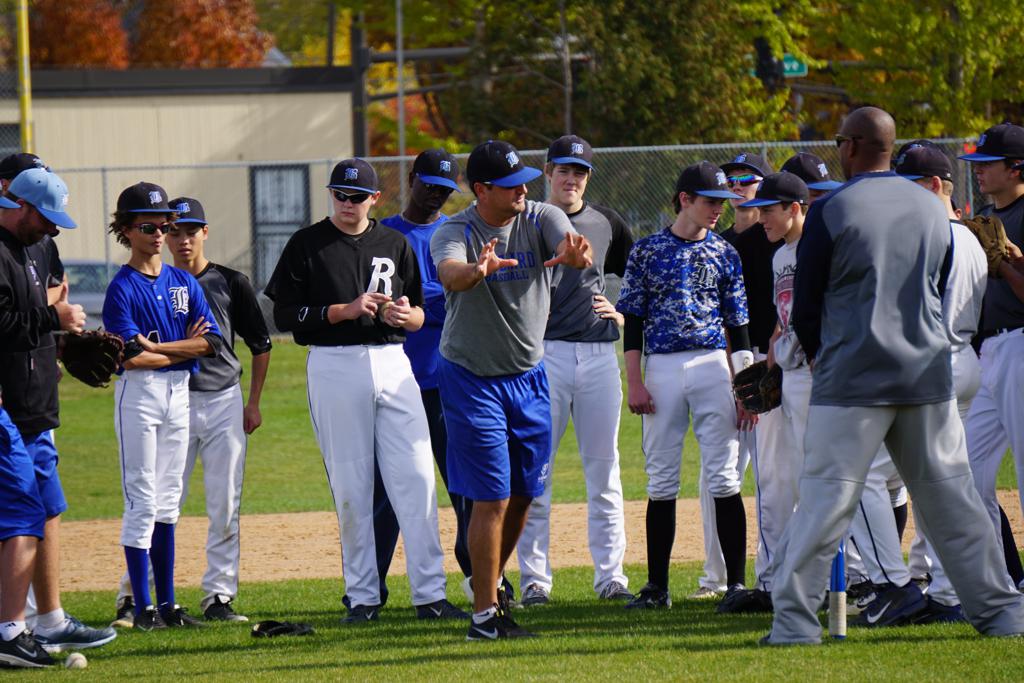 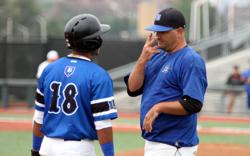 Adam Barta is a Lake Crystal, Minnesota native, and has been involved with baseball all of his life pitching in college and professionally along with coaching high school, college, and professional players.

Barta played at St. Scholastica, a nationally-ranked NCAA in Duluth, MN. Barta was 19-5 in his career and is on the career leaders list in appearances and wins in a season at CSS. He beat nationally ranked Wartburg in 1998, a win that allowed CSS to be ranked for the first time. In 1999, he threw three shutouts, helping the pitching staff set an NCAA record for shutouts in a season with 13 (13 Oshkosh, 1999).

After graduating in 1999, he began his coaching career as an assistant under Head Coach John Baggs. During Barta's time as a player and assistant coach, St. Scholastica was among the leaders in the nation in E.R.A and fielding percentage.

In the spring of 2000, Barta pitched professionally for the Duluth-Superior Dukes of the Northern League.

After moving to the Twin Cites in 2001, Barta continued his coaching career under 'Lunch' McKenzie at Concordia St. Paul as well as working at Baseball USA in Minnetonka.

In 2006, he signed a contract with the Chicago White Sox as an Associate Scout where his main duties are scouting players in the Twin Cities as well as running the Minnesota Area Code workouts.  Some of Barta's players who have either been signed or drafted by the Sox include Alex Call, Mike Strong, Ryan Bollinger, Tom Windle and Jon Keller.

From 2013-2015, Barta was part owner of the Alexandria Blue Anchors, a collegiate summer team that competes in the Northwoods League, one of the top collegiate leagues in the country.  Formally the Alexandria Beetles, the focus of the Blue Anchors, led by World Series (87/91) champion Al Newman, is to bring home-grown talent back to the Northwoods.  Several Blizzard players - many of who were ranked as top Northwoods prospects - played for Newman and the Anchors.

In the summer of 2016, Barta founded the JP4 Foundation (formerly the Blizzard Foundation, a 501c3 non-profit organization, to help student athletes achieve their dreams on and off the field.  The JP4 Foundation has three main legs to the foundation: to provide financial aid to players in need, community service projects and provide the "Johnny Price" College Scholarship to graduating seniors.

Currently, Barta lives in Roseville with his wife, Heidi, their son, Spencer, and daughter, Stella.

"My intentions are focused on the players in our program.  I want to see them succeed and learn life lessons through the game of baseball.  Surrounding them with great coaches and mentors has always been first priority and I feel I have the best staff around to accomplish those goals.  I love what I do and see myself working on a baseball field for a long time to come."